That night, there were two programs on the ship.  The first was a presentation by Emanuela, a young Roma woman.  The Roma, more familiar to speakers of English as Gypsies, form an impoverished underclass throughout The Balkans.  Theirs is the perennial story of a dark-skinned minority with its own language and customs.  For centuries, the Roma have inspired distrust and hatred.  They used to occupy a marginal place in the landscape, encamping near towns, mending pots, sharpening knives, playing music at weddings, and then going back on the road.  Now the Roma are no longer nomads.  Those who escaped the Nazis were forced into fixed abodes throughout the Communist bloc.  Wherever they were not herded into grim concrete apartment blocks, the Roma settled in shantytowns without running water or sanitation. 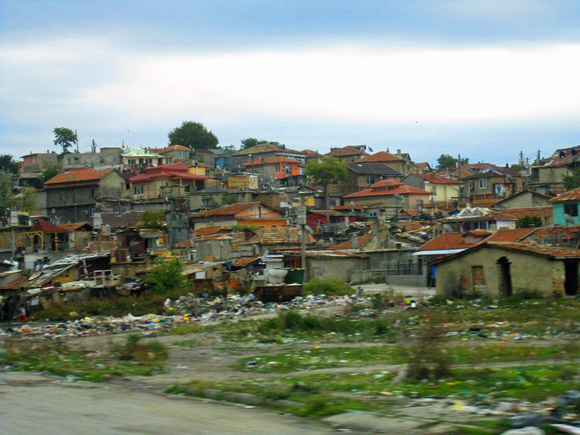 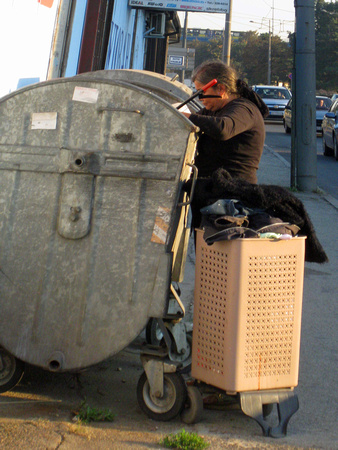 Their general illiteracy and suspicion of outsiders have compounded the discrimination that the Roma face. In maintaining their tribal identity, the Roma have resisted integration into Serbian society.  They avoid enrolling their children in school and often train them to beg.  The Roma children who do attend school tend to be segregated in classes for those with intellectual disabilities.  Our guides warned us not to give alms to mendicant Roma, especially women holding infants and toddlers.  Emanuela confirmed that parents would drug their children so that they would look sweetly asleep, and increase the poignancy of the adult panhandlers' appeals.

It is only in recent years that some young Roma women, like Emanuela, have rejected their traditional limitations and obtained educations.  I suppose that should have been encouraging.  Instead, I was disheartened by the deplorable familiarity of the narrative. It would require a titanic commitment of resources to address the poverty that spawns petty crime, domestic abuse, alcoholism and drug addiction among the Roma.  I could tell that many of my fellow passengers were moved by Emanuela's presentation.  A number of them made donations to the social service agency that employed Emanuela.  Then we filed into the dining room, where white-jacketed waiters served us a dinner with several courses, filling our wine glasses assiduously the while.