There were other tourists milling around the royal palace enclosure, but not masses of them.  Much of Buda Castle now houses the Hungarian National Gallery.  I had hoped to see the works of Hungarian painters, mostly unknown outside Mitteleuropa, but shall have to acquaint myself with them on my next visit to Budapest.  The Secessionist style of Vienna had a nationalistic expression in Nineteenth Century Hungarian painting, after the Habsburgs established the Dual Monarchy in 1867.  The Hungarians have not forgotten that they had shared the hegemony of the Austrian Empire before its defeat in the First World War.

With its tall, bone-white spire like the spine of some Gothic leviathan, Saint Matyas Church dominates Castle Hill.  The church has been restored and rebuilt numerous times, and boasts a glorious roof of emerald, turquoise, ochre, and bittersweet orange tiles.  The Zsolnay porcelain tiles are pyrogranitic, produced by a unique process.  The vibrant eosin glazes were invented by the manufacturer.  Zsolnay Ceramics became one of Hungary's largest companies during the last century.  Its tiles crown many of Budapest's public edifices. 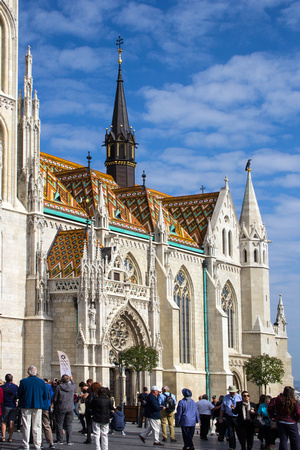 The Spire of Saint Matyas

The Spire of Saint Matyas 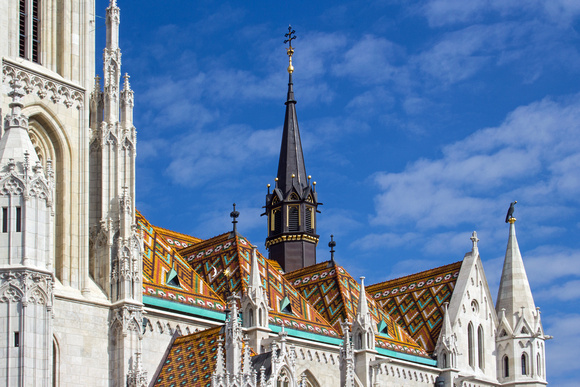