Near the Great Synagogue on Dohany was a much smaller, Orthodox one on Kazinczy Street.  It was about a century old.  The exterior's Art Nouveau ornamentation evoked The Levant.  It occurred to me that the native Magyars' antipathy towards the Jews might have been exacerbated by the Jewish taste for  architecture in a style similar to that of the Turks, the Hungarians' erstwhile suzerains.  All throughout Budapest there was abundant evidence of the centuries of Ottoman occupation.  It was not unusual to pass a defunct bath house, or hammam, situated atop one of the city's many thermal springs. 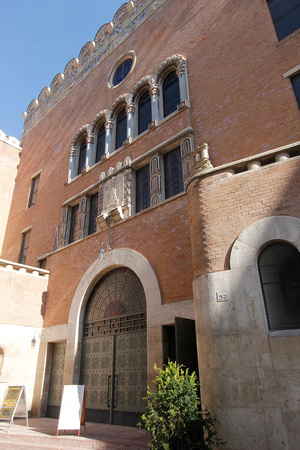 Inside, the Kazinczy Synagogue was a bijou.  There were stained glass rosettes set into the ceiling.   A semicircular, stained glass window dominated the back wall opposite the bimah, the platform in front of the ark.  The ark was as colorful as an enameled dragonfly brooch, lit by a brace of chandeliers.  There were curious, five-branched electric candelabra on the railing of the women's gallery.  The Orthodox believed that only the menorah that stood in the Holy Temple in Jerusalem could be depicted with seven branches.  Miri, HL and I lingered, taking pictures,  and bade farewell to our group for the afternoon.  We wanted to explore more of the Jewish Quarter for ourselves. 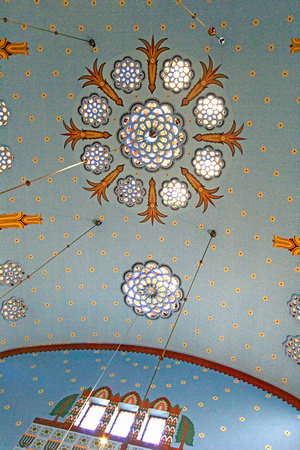 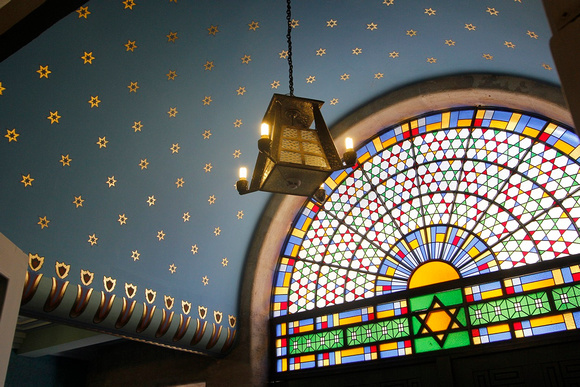