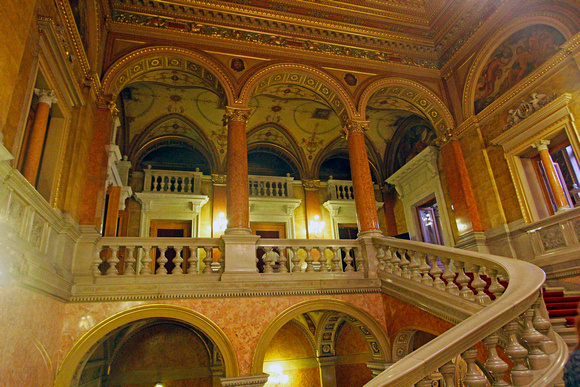 While the guide explained the history and design of the three-tiered Opera House, he had us sit in the plush chairs in the orchestra section.  The theater's acoustics are considered to be among the best in the world.  There was a crew on the stage, busily changing the set and providing a serendipitous visual accompaniment to the guide's speech.   Afterwards, we sat on the marble steps in the foyer and listened to an abbreviated recital.  A shaven-headed baritone, clad in a black and gold uniform, performed two comic arias from Don Juan.  As he sang, he brandished a book of photographs of hundreds of women.  They were meant to represent Don Juan's amorous conquests.  He had a superlative voice, as one would expect, nay, demand in such a setting. 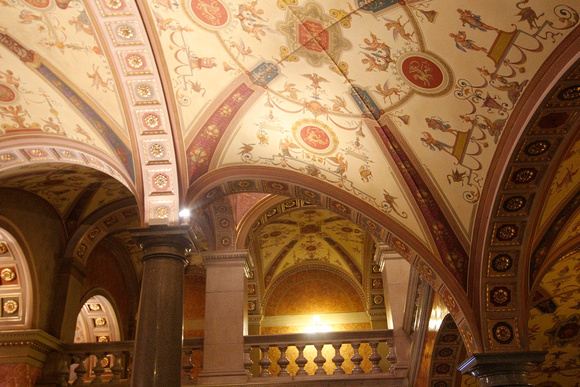