From the park we progressed to Novi Sad's historic main street.  It was closed to vehicular traffic.  The dock was at the far end of the wide street, so our guide bade us farewell, confident that we could find our way back to the ship and avoid getting stranded in Serbia.  A fin-de-siecle Roman Catholic church with a clock tower dominated the first part part of the thoroughfare.  The Name of Mary Church is a reminder of the former Austrian dominance, as most Serbs are of the Orthodox rather than Roman Catholic persuasion. 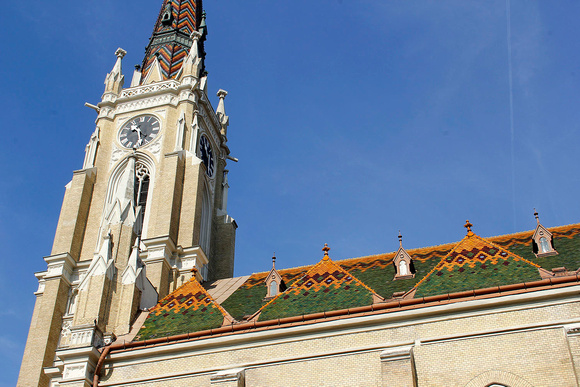 There were handsome civic edifices, apartment blocks, cafes and boutiques.  Parked in front of them were candy wagons heaped with garish confections unlike any that I had seen.  Statuesque young women ushered their children past us, the women's high heels clicking on the well-swept stone pavement.  Vendors with rafts of bright Mylar balloons were doing a brisk business.  So, too, were the shops with marquees bearing the familiar names of international merchants of luxury goods, belying reports of Serbia's economic weakness. 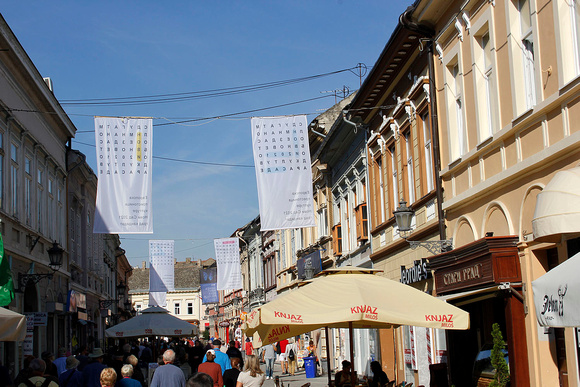 Whatever was not new looked as if it had been sandblasted or repainted.  Novi Sad had won a competition to be designated a European Cultural Capital.  Banners at regular intervals along the main street attested to the fact that it would assume the title in 2021. A campaign of renovation and restoration doubtless had preceded Novi Sad's entry into the contest.