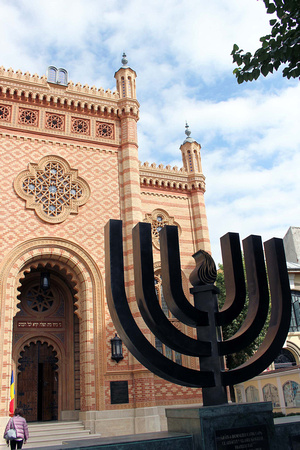 Our levity yielded to solemnity when we met Simona and our Israeli friends at the Choral Temple, Templul Coral in Romanian.  In front of the entrance was an imposing menorah.  We could tell at once that the dark metal menorah was a monument to the hundreds of thousands of Romania's murdered Jews.  The Communists had not permitted specific memorials for the Jewish or Roma victims of Nazi genocide.  They commemorated only those who had perished in the war against Fascism.  No one was eager to acknowledge the extent of the slaughter, or the Romanian Legionnaires' active role in the Nazis' extermination scheme.  It was not until 1991 that the monument could be erected. 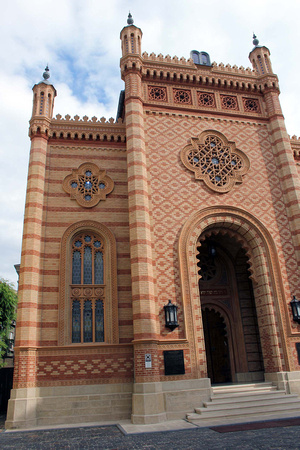 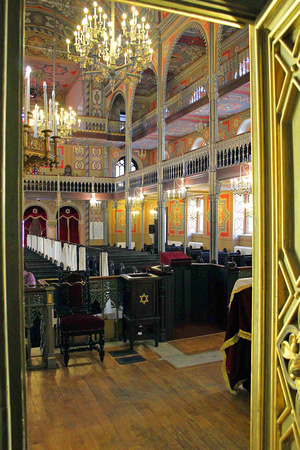 Bucharest's Choral Temple was completed in 1867.  First an earthquake, and then the Second World War (the one that I am tempted to call, simply, The War) damaged it badly.  It was restored once the war ended.  More recently, it underwent eight years of renovation, funded by the post-Communist Romanian government in conjunction with international Jewish organizations.