After the Allies defeated the Nazis, over a hundred thousand Jews poured into Bucharest.  Many were survivors of the camps.  Once the Communists were in power, they closed many Jewish community agencies, and used synagogues for secular purposes.  Antisemitic Romanians blamed the "Bolshevik Jews" for the harsh Communist rule that Moscow imposed.  The Communist authorities, in turn, held the surviving Jews accountable for every failure of the government's unrealistic projects.  Jewish engineers and workers were executed for "Zionist treason" when impossible deadlines were not met.  The sole factor that seemed to unify the Romanian leftists and rightists was their hatred of Jews.  Some Jews fled to Israel in the 1950's, but not all could do so.  In the 1980's, the cash-strapped Ceaușescu regime accepted economic aid, a thinly disguised bribe, from Israel's government to allow Romanian Jews to emigrate. By then, conditions in the country were so desperate that most Jews did not hesitate to leave. 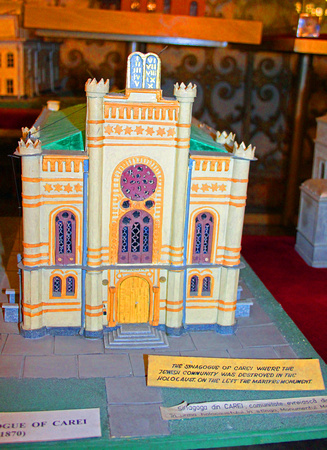 We were allowed access to the Great Synagogue's gallery, where more exhibits were stored.  Glass cases held wooden models of synagogues outside Bucharest.  Most had been destroyed or had fallen into ruin.  Once, there had been a hundred or more synagogues outside the capital, serving Romania's Jews.  Today, very few of the surviving communities can afford to maintain the handsome edifices preserved in miniature in the displays. 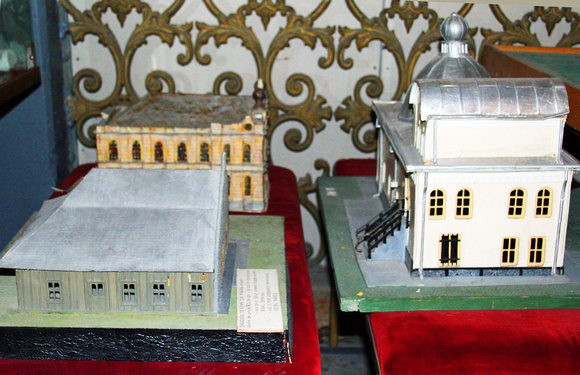