The afternoon shadows were lengthening when we checked into our room.  We lodged in an unprepossessing motel opposite the far larger and pricier Oaklawn Casino.  Gambling had played almost as important a role in Hot Springs' development as had its bathhouses.  Those who came to benefit from the waters could not, after all, soak in them day and night.  And they would have healthy companions in need of amusement.  The population of those seeking diversion swelled tremendously with the inception of Spring training for baseball teams. 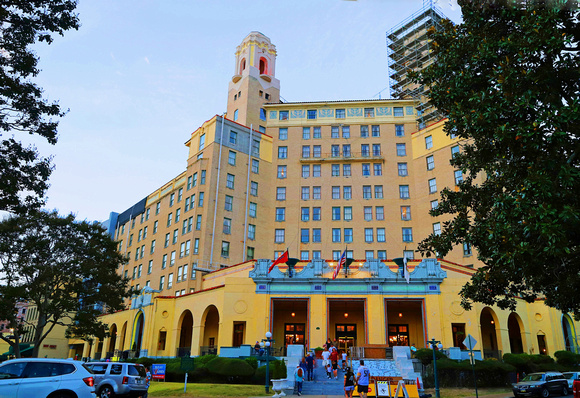 The present Arlington Hotel, dating from 1924, was favored by baseball players and tourists with a taste for luxury.

Owing to my total disinterest in team sports, I had been ignorant of the fact that Hot Springs was the cradle of Spring training.  HL and I did notice the historical markers and hotel lobby displays that form some of the stops along the Baseball Trail (sic).  Spring training began in 1886.  At that time, cards and games of chance must have supplemented the wagering at informal racetracks close to town.  Horse racing was extremely popular in the era immediately preceding the mass production of motor vehicles.  It is hard for us to envision the ubiquity of horses in the past, and the social status that breeders of winning thoroughbreds enjoyed.  A professional track, Oaklawn Park, opened in 1904.  It is still in operation though, unfortunately, the track was closed until December. 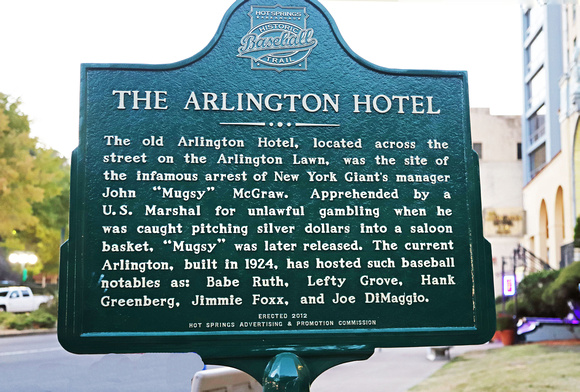 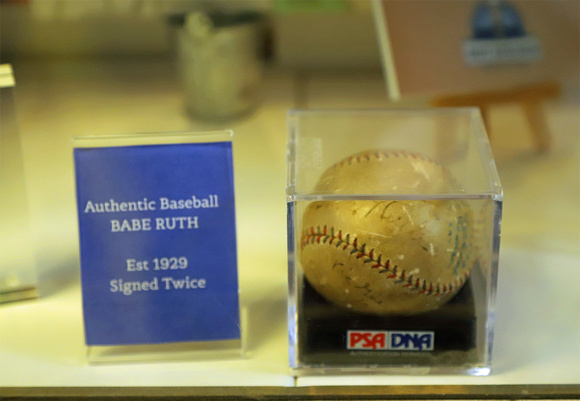 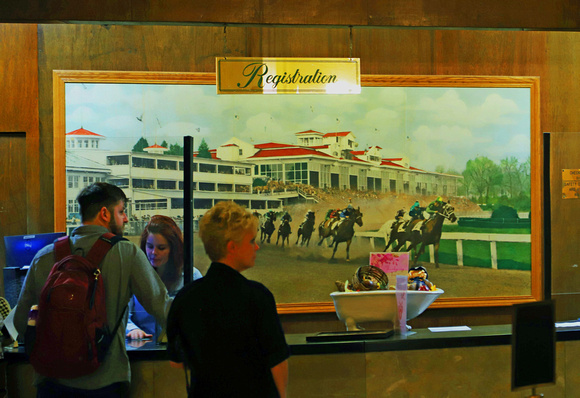 This mural in the Arlington Hotel lobby was the closest that I came to seeing the Oaklawn Racetrack.

It was the lure of athletic competitions, both human and equine, that allowed Hot Springs to flourish during The Depression, while most American communities withered.  According to local lore, Hot Springs became a neutral zone where mobsters from rival organizations could attend the races and patronize the spa hotels in relative safety.  They could bet on baseball, stakes races, and whatever else took their fancy.  In the 1920's and 1930's, long before Las Vegas earned its Sin City notoriety, criminal bosses were treated as visiting celebrities in Hot Springs. 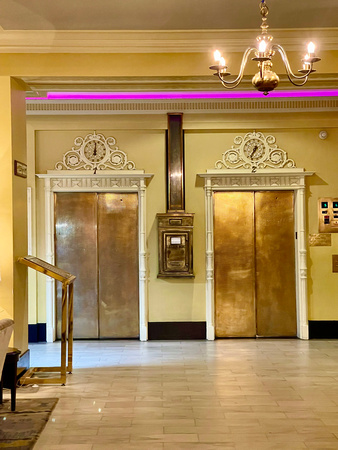