We left our house late on a bright, warm morning and encountered unexpectedly slow traffic as we proceeded east.  Near Princeton, Texas, the presence of a former POW camp imposed the ugliness of the past on the bland emptiness of the prairie.  During the Second World War, German prisoners of war were interned in what had been a camp for migrant workers.  Local farmers employed the German captives as field hands.  A prison laborer would receive 80 cents per day in the form of scrip that was redeemable for refreshments and cigarettes at the camp's canteen.  After 1946, the prisoners were repatriated, and the camp housed migrant workers for a few more years before it closed. 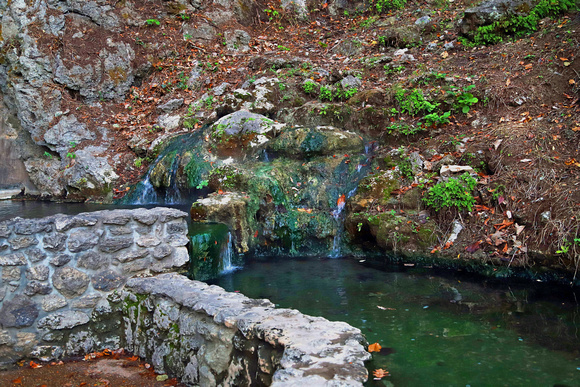 Public access to the hot mineral springs, off Central Avenue

The land became hilly, and woods appeared after we crossed into Arkansas.  Hot Springs is surrounded by the Ouachita Mountains, where the forest was bright with the coppery and golden tints of Autumn.  I learned that the healing waters that had enticed my grandmother to Hot Springs were on territory that the Quapaw tribe had ceded to the federal government, early in the 1800's.  Various tribes had been regular visitors to the valley, revering the springs' powers for centuries before Europeans crossed the Atlantic.  The magic was strong enough for the hot springs to become the first natural attraction given protection by the nascent nation.  Now the thermal springs and the 1880's spa hotels of Bathhouse Row are within Hot Springs National Park. 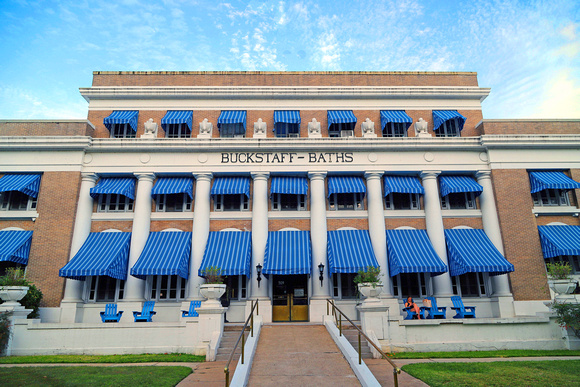 Quapaw Bathhouse, from 1922, is the third bathhouse established on its site on Bathhouse Row, on Central Avenue.  It offers thermal pools and some contemporary spa services. 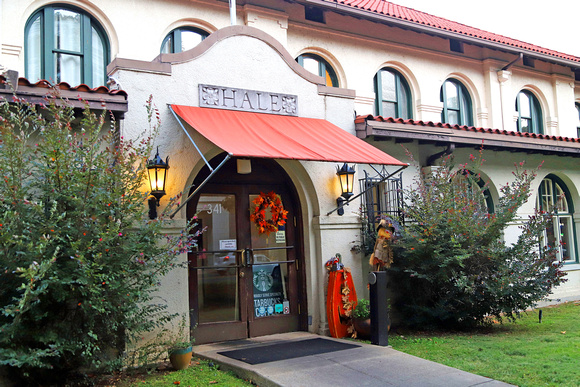 The Hotel Hale, formerly the Hale Bathhouse, is the oldest edifice on Bathhouse Row.  It dates from 1892.  Its suites feature tubs connected to the hot mineral springs.