As a child growing up in New York City, I heard little about places in what I envisioned as the featureless, agrarian interior of the country.  Hot Springs, Arkansas, was an exception.  I knew that name because my grandparents went there, at least once.  My grandmother sufferted from arthritis.  Like many immigrants from Europe, she believed in the curative powers of mineral springs.  When my grandmother went to Hot Springs to take the waters, in the parlance of those times, naturally my grandfather accompanied her.  This must have been in the late 1950's, as I recall mention of a sleeping compartment on a train.  I had seen pictures of such accommodations, but I had yet to travel so far as to need one. 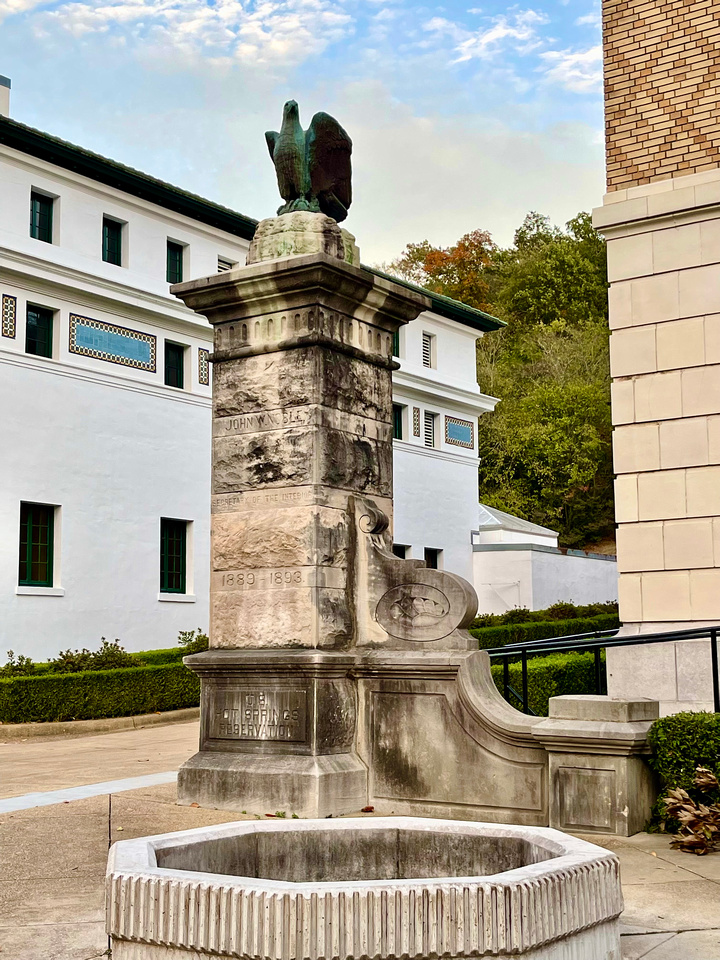 The entrance to Hot Springs National Park, on Bathhouse Row

Both of my mother's parents came from the Bucovina region of what was then Romania, now Ukraine.  My Grandma M. was small and very fair, with delicate features and extraordinarily blue eyes, truly cerulean.  In contrast, my Grandpa F. had an olive complexion, dark eyes, and abundant, dark, curly hair.  He was not tall, but thickly built and very strong.  His work as a banquet waiter was strenuous, and the hours were long.  During his rare leisure time, whenever the weather permitted, my grandfather delighted in going to Brighton Beach.  There, he would lie in the sunshine until his skin acquired the rich hue of mahogany.

Everyone in our family was accustomed to my grandparents' appearance as a couple. The citizens of Hot Springs, however, were offended by the sight of the pale woman on the arm of the brown-skinned man.  Mistaken for an interracial couple, my grandparents were denied service in several restaurants.  I learned about it from overhearing my parents' amused whispers and the murmurred halves of their phone conversations.  At that time, I had no idea that anything like anti-miscegenation laws existed.  For the record, it was not until 1973 that such odious legislation was repealed in Arkansas.

In recent years, I have contrived to celebrate my birthday out of town.  My first inclination always is to leave the country, but we had family travel booked for late November.  So it behooved me to curb my extravagance. HL and I decided that we would take a modest road trip, and finally visit Crystal Bridges Museum in Bentonville.  That art museum attracts tourists from all over the globe, but it is isolated in northwest Arkansas.  We had never mustered the requisite enthusiasm to drive there until we thought of combining it with a day in Hot Springs.  For that itinerary, all that I needed to pack were casual clothes, sturdy shoes, and a pair of cheap sunglasses from my defiantly extensive collection. 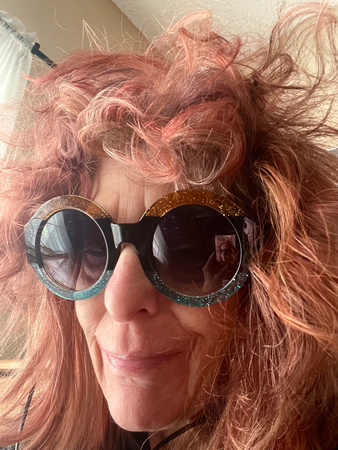