Vidin had a modern central plaza with marble and bronze monuments to soldiers who had died in a plethora of wars.  Even without the civil conflagrations of the former Yugoslavia, Bulgaria had been involved in half a dozen wars in the Twentieth Century alone.  On a terrace above the river was a Soviet-style sculptural tribute to The Heroes of the Resistance, shown as strapping male figures emerging from cubes of marble. 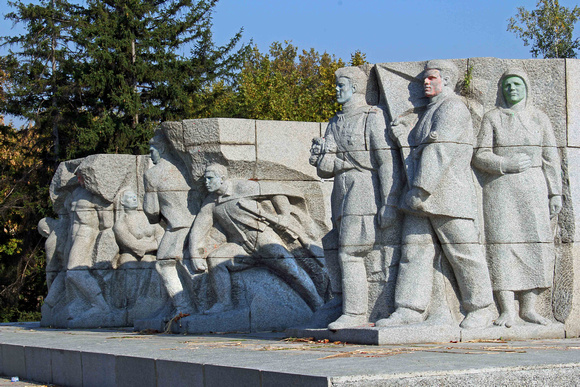 Once, Vidin had been an important river port.  While it still possessed a faded fin-de-siècle grace, Vidin also contained many reminders of its lengthy Ottoman past.  Domed roofs and vestigial crescents marked the locations of former mosques and bath houses.  After the First World War, many Muslims left Bulgaria for Turkey.  Our guides had arranged for us to visit one of the last mosques that served Vidin's dwindling Muslim population.  As we walked towards the mosque, we were accosted by a Roma woman and her daughters.  The woman spoke some Bulgarian, and Radi translated it.  The woman had three daughters, and the eldest of them was twelve.  The younger girls were seven and four, small-boned and quiet. 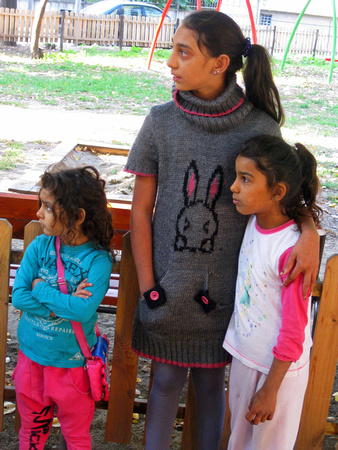 All three girls had purplish circles around their eyes.  They looked undernourished and none too clean.  One of the retired teachers in our group wanted to know if the children attended school.  Through Radi, the mother, with much energetic nodding, reassured the solicitous Midwesterner that the girls did, in fact, go to school.  She beamed as if proud of securing a formal education for her daughters.  It was a Sunday, so it was plausible, but I doubted that it was true. Later, Radi agreed that the woman would have said whatever she thought that the foreign tourists wanted to hear.  Several members of our group gave the Roma woman money, despite our guides' prior admonitions.