Radi enticed her husband, Nenad, to come to the Thermae to meet the members of her group.  He brought their black and white, mixed breed dog, Lola, with him.  Lola was a friendly dog, so I petted her for perhaps longer than politeness would dictate.  Nenad was a tall, slim man with a shaven head.  He wore blue jeans, a T-shirt, and a leather jacket, and displayed both patience and good humor in indulging his bride's fancy.  According to Radi, it was unusual for a Serb to marry a Bulgarian woman.  It was even less common for a Serbian man to move to his Bulgarian partner's country.  Radi claimed that Nenad loved Varna.  He did seem much at ease in the café adjacent to the Thermae where we made his acquaintance.  Radi was separated from her husband for weeks at a time during the five-month Danube cruising season, so she was elated by their impromptu reunion. 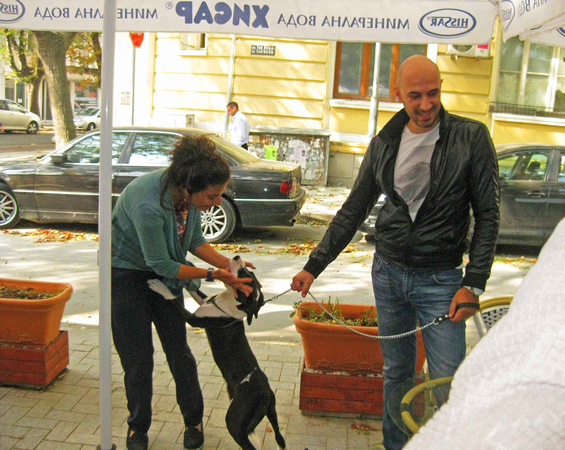 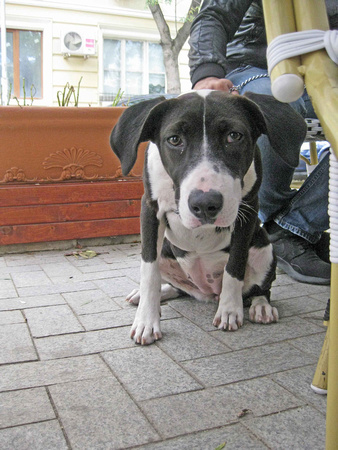