We reurned to Ruse for our last night aboard the M/S River Aria.  Towards the end of our farewell dinner, the chefs and their deputies emerged from the obscurity of the galley to parade around the ship's dining room.  Crowned with starched white toques, they bore aloft cakes sporting lit sparklers.  The servers filled and refilled our champagne glasses, as giddy as if they, too, had been quaffing the effervescent beverage. 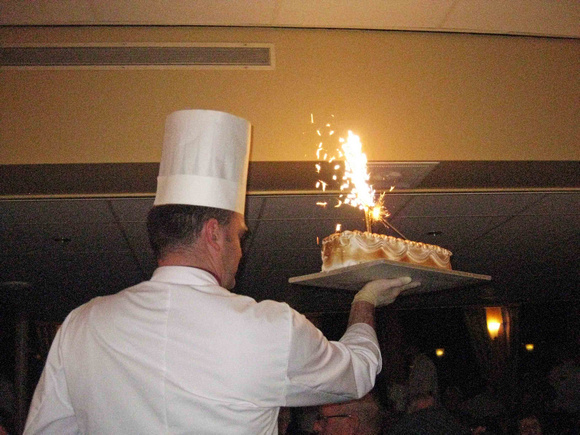 The next morning, a valedictory mood prevailed.  It was overcast and chilly.  We took our leave of the vessel that had carried us to seven ports in four countries.  Owing to the Danube River's low level. we had to enter the fifth country on our itinerary by bus. 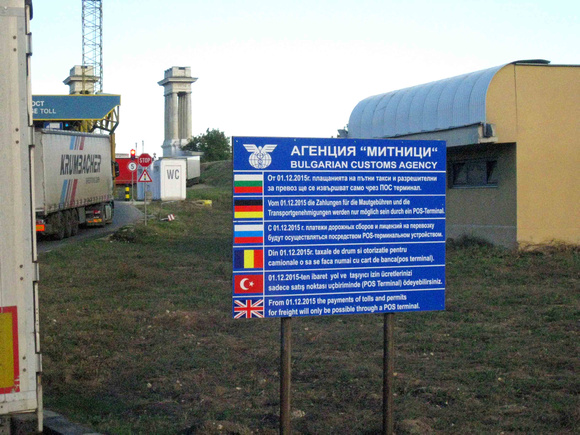 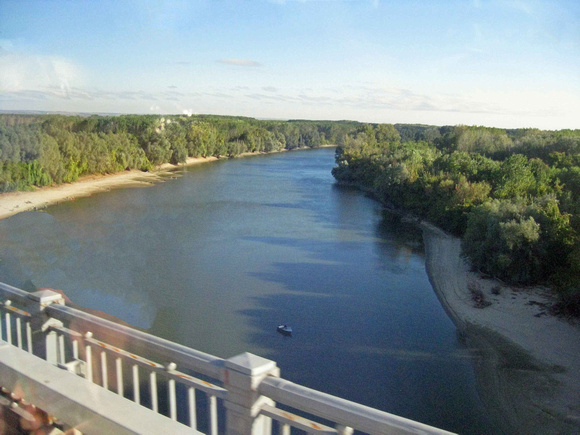 We crossed a steel truss bridge from Ruse, Bulgaria, to Giurgiu, Romania.  It had been built in the 1950's by Soviet engineers.  When it connected two countries behind the Iron Curtain, it was called the Friendship Bridge.  Now it was known as the Danube Bridge, and there was no sign of friendship.  The buses were halted on the Romanian side of the bridge.  The guards leafed through piles of papers, as unhurried as if they were proofreading their doctoral dissertations.  We left the confines of our idle buses until the drizzle and rising winds sent us back to our seats.  After a long while, two of our guides approached the guards' booth.  They extended some currency to a seated guard; it looked like a wad of U.S. dollars, but I was not close enough to be sure.

Before we reached the border, Radi had reassured us that the tour company routinely budgeted for bribes to the obstructive functionaries.  Even so, we could expect a prolonged delay.  Romania's Communist dictatorship had been a brutal one, and the people were not doing well in its aftermath.  According to Radi, the current petty tyrants were as bad as their predecessors, only younger.  The culture of corruption was endemic.  In all, we cooled our heels for about an hour and a half, the same amount of time that it took to ride north to Bucharest from the crossing.