For our first dinner together, our friends and we went by taxi to Bucharest's central historic district of Lipscani.  Simona told us that we were going somewhere special, and that was obvious as soon as we entered Caru' Cu Bere.  Caru' Cu Bere is a shortened form of a Romanian expression for a beer wagon, a fitting name for the oldest brewery in Bucharest.  The spiny, neo-Gothic exterior of the restaurant somehow did not clash with its Art Nouveau interior.  The beer hall had been at its present address since 1899, though it had been established some decades earlier.  It was two stories tall, with stained glass windows and skylights.  The hall's center was open, ringed by balconies just large enough for a table or two, like boxes in an opera house.  The bar was a wooden monolith, with the brightly enamelled tops of beer taps just visible above it.  The floor tiles spelled out the name of the restaurant's founder, Nicolae Mircea, and the dates 1879 - 1924.  The Mircea family was able to reclaim the beer hall in 1999, and has since enlarged and refurbished it. 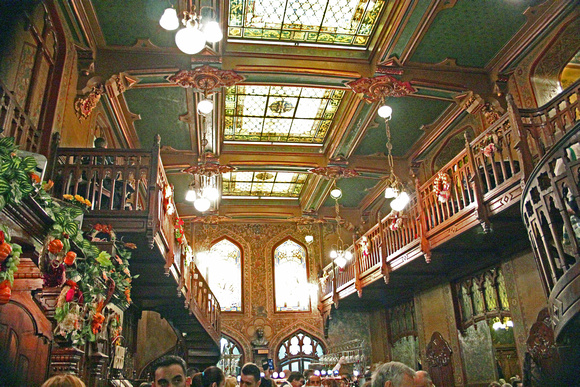 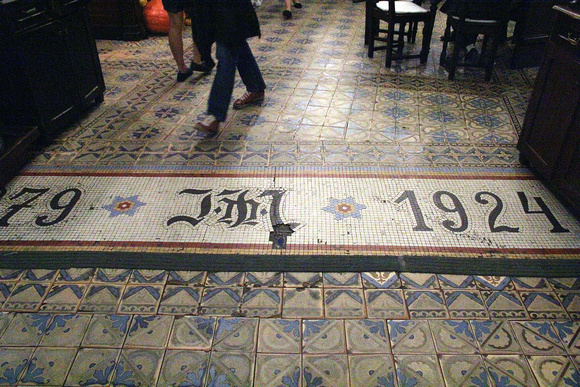 We waited for a table in a press of tourists and convivial local residents.  No sooner had we ordered some dishes than two pairs of dancers claimed the middle of the tiled floor.  They were young and lithe, and twirled close to our table in a modified tango.  A string quartet provided the music.  After we applauded, the prettier of the two female dancers  held her hand out to HL and invited him to the dance floor.  I did not blame her, as HL is still a handsome man, and thus a more tolerable choice than any of the other male diners.  He looked uncomfortable at first, but his reluctance dissolved as his winsome partner smiled at him. 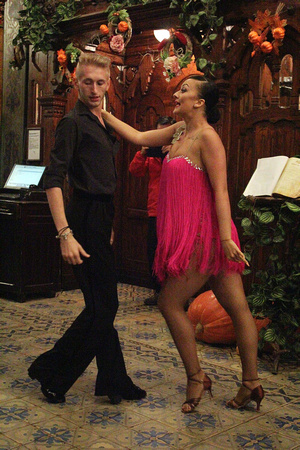 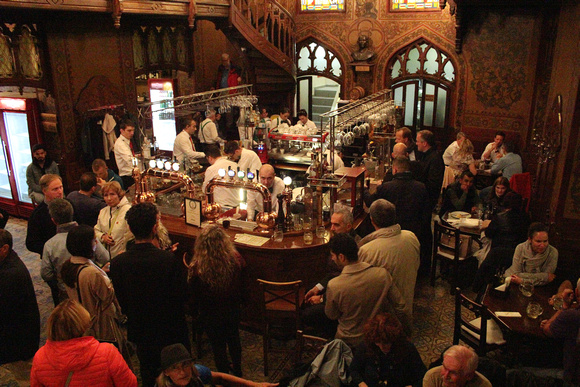