It was late afternoon when we arrived at one of Bucharest's premier tourist attractions, The Village Museum.  It was situated in Herastrau Park, an extensive urban green space that enclosed a lake.  Adjacent to the park was the Arcul de Triumf, modeled on the much larger memorial in Paris.  The Village Museum consisted of 272 houses, windmills, barns and other structures that had been moved there from all of Romania's nine historic regions.  The mountainous, wooded geography, sectioned by rivers, had isolated villages from one another.  As a result, distinctive local types of dwellings had developed throughout the countryside.  Wood was the main material for all of them.  Some of the wooden houses rested on first stories of native stone.  The majority of the peasants' homes had thickly thatched roofs, to insulate them somewhat from the bitter Winter weather in the Carpathian Mountains. 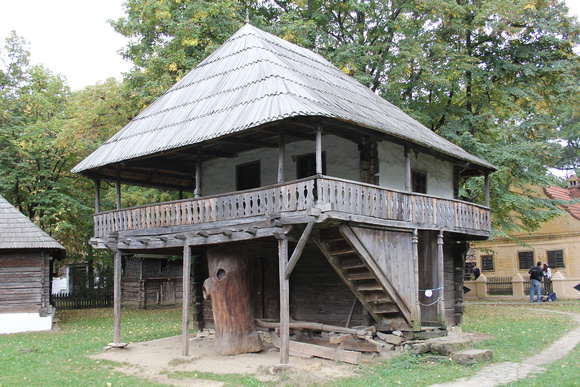 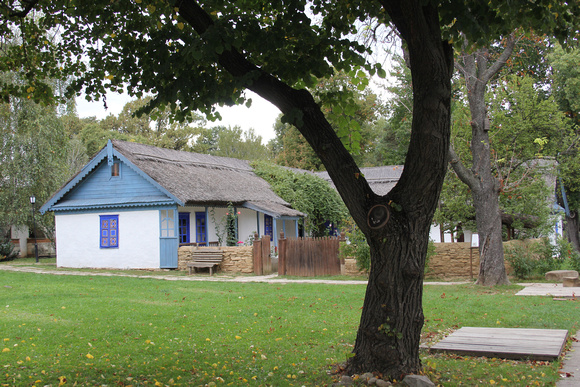 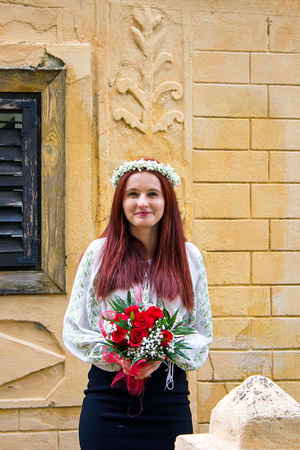 The Village Museum is a popular photographic backdrop for wedding pictures.

The outdoor museum would have been a fine diversion, had I not been so impatient to meet our friends from Israel.  They had come to meet us and to visit Simona, who lived in Bucharest.  I knew and liked Simona, with whom I had become acquainted during Simona's visits to The States.  We had arranged to have our rendezvous at the Village Museum.  And Then We Were Eight, obstructing the entrance as we embraced and greeted one another. 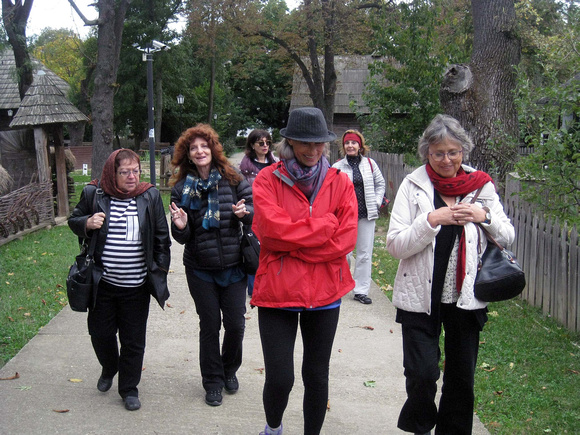