Our ship was docked very close to Budapest's most original memorial sculpture, Shoes on the Danube Promenade. After a sumptuous lunch on the ship, HL and I walked along the quayside with Miri and Paige to see the monument.  Just beyond it loomed the Hungarian Parliament building.  A Hungarian film director, Can Togay, is credited with the concept for Shoes.  He had the sculptor Gyula Pauer cast sixty pair of iron shoes in men's and women's styles that would have been worn in the mid-1940's.  It was then that the Hungarian militia, the Iron Arrow, had massacred Jews on the bank.  The Jews, who had eluded earlier deportations to concentration camps, were forced to remove their shoes before the militiamen shot them and let their bodies topple backwards into the river.  The sculptor chose iron as his material because it will rust.  Togay and Pauer had hoped that the memorial, as well as the kind of hatred that had led to the Jews' murders, would disappear within a century.  It is safe to say that at least the shoes could be gone. 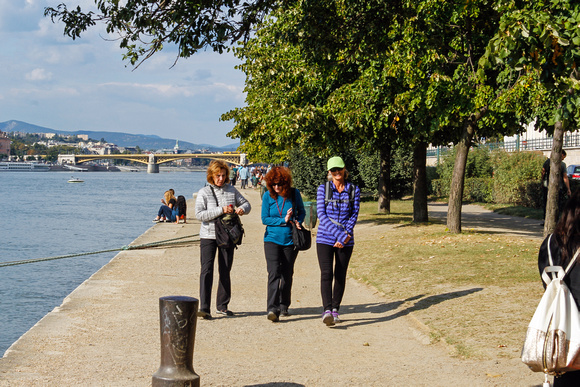 Rummaging for our Cameras 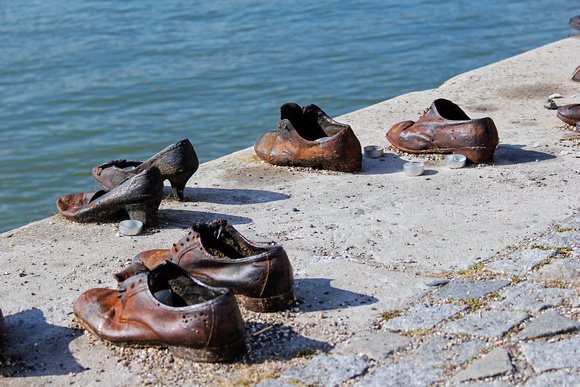 A Memorial Designed to Rust 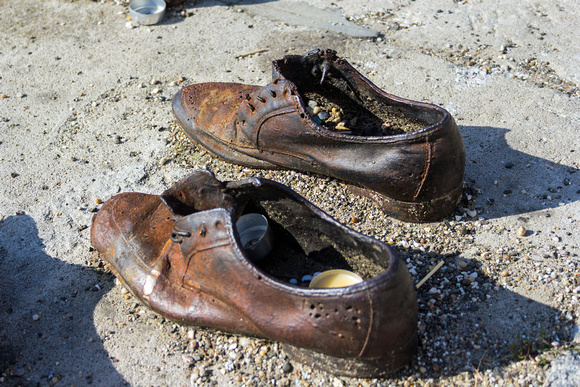 Steps Halted on the Promenade

It was odd to look at the monument in full sunshine, on a golden day of unseasonable warmth.  The weather was hotter than usual for the duration of our sojourn, raising the spirits of the guides and crew members.  Irina, one of the Romanian guides, informed me that such a spell was called Saint Michael's Summer in the Balkans.  That would be the equivalent of our Indian Summer, if it is still permissible to use that term for a week or so of October heat.  People strolled by in shorts and sundresses, snapping pictures of the sad metal shoes.  The worn oxfords and pumps had been rendered so realistically that one could envision them on the feet of their slaughtered owners.  Though I respect the intention of its creators,  I am not sorry that Shoes may endure in images dispersed through cyberspace.