Current Events 38: The City of Dogs

Belgrade is a city of dogs.  In Kalemegdan Park, they were everywhere we went.  Some were leashed, while others trotted, unrestrained, ahead of their masters.  Almost all of the dogs that were accompanied by their owners were purebred.  I saw mostly hunting and guard dogs, with more than a few exotic breeds represented.  And there were many stray dogs, as we saw when we went further into the park. 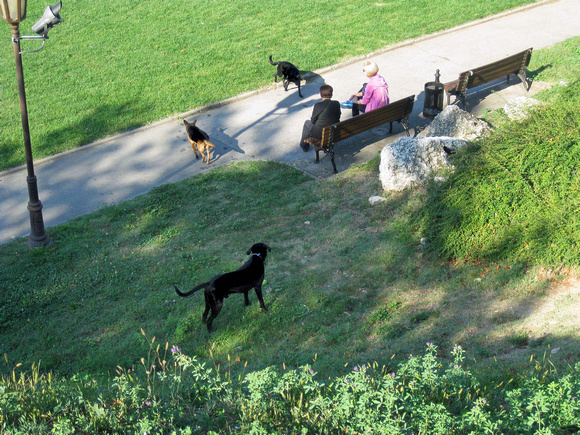 We paused at the mausoleum of Damat Ali Pasha, an Ottoman general and vizier who died in the early 1700's.  The mausoleum was preserved with greater care than the Serbs tended to lavish on traces of the Turkish occupation.  Our local guide, Sofia, answered our questions about the curious stone hut.  She preferred this subject only slightly to explaining how Belgrade authorities were coping with the population explosion of stray dogs.  Several lean but glossy examples approached us, sniffing for food.  They were quite tame but did not invite petting.  Most were black with white chests, cocked ears and long legs; yes, even the dogs were tall. 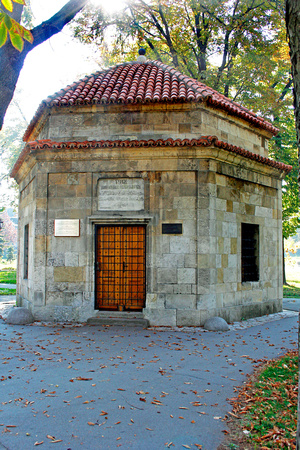 A decade of war had produced generations of homeless canines.  Some humane organizations were feeding the dogs regularly, after removing them from the streets temporarily in order to have veterinarians neuter or spay them.  A few years ago, packs of feral dogs had been such a nuisance that Belgrade's administrators had implemented a policy of exterminating the strays.  There had been an international outcry at the brutality of the killings.  Since then, private citizens had opened shelters and dog adoption centers to ease the problem.  Some of these shelters still contained hundreds of dogs. 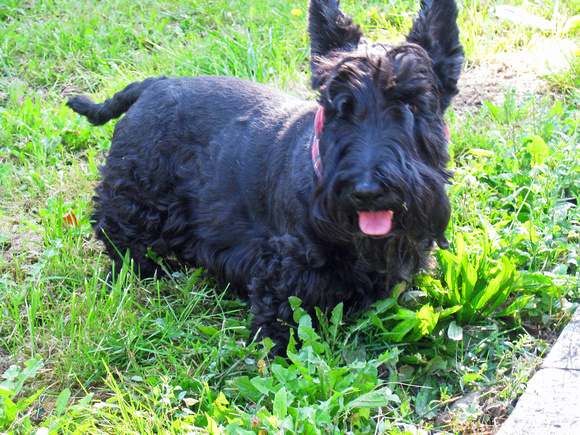