Belgrade had the worst traffic that we had encountered.  The city's population was over a million and a half, and there seemed to be at least as many motor vehicles.  Sofia, our local guide, explained that Belgrade had buses, trams and trolleys, but no subway.  The congestion on the roads, however, was less problematic than parking.  There were simply not enough spaces for all of the cars.  Compact Skodas, Fiats, Opels and even the infamous Yugos clustered like an infestation of bright beetles on tree bark.  The tour guides, incidentally, were fond of telling Yugo jokes.  Alas, they were the same Yugo jokes that had been less than hilarious the first time that we heard them, from the ship's crew.  Here is a sample riddle:  Why does a Yugo have a rear-window defroster?  The answer is, to keep your hands warm while you push it. 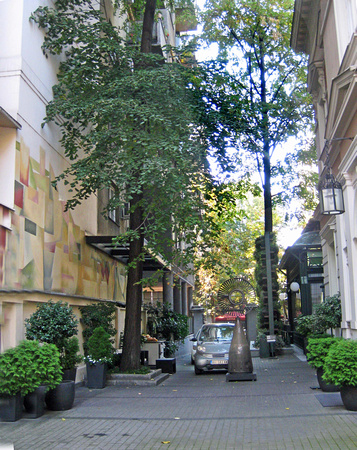 The Belgraders had taken ingenious, if inadequate, measures to circumvent the laws of physics regarding parking.  There were iron-fenced enclosures in the middle of residential streets where cars were packed so tightly that I could not imagine maneuvering out of an assigned spot. Parking privileges were valuable and guarded zealously.  With a free space as rare as a unicorn, competition for one was a frequent source of discord among motorists.

Sofia was candid about the prevalence of three generations sharing a family apartment.  Low wages and high unemployment prevented many young couples from establishing their own households.  Sofia, her husband and their children resided with her parents.  The grandparents cared for the children while their parents were at work.  The arrangement was stable, and typical for Belgrade. Gone was the era when the Yugoslavian Socialist Republic had guaranteed its citizens jobs, housing, schooling, medical care and social security.

In Serbia, the shift to private enterprise had been complicated by political strife rooted in ethnic rivalries.  There had been ruinous inflation and flagrant corruption.  Educated Serbians had become accustomed to seeking jobs abroad.  In the 1990's, the trickle of graduates leaving for Western Europe had become a flood.  Students whose grades placed them in the top third of their secondary schools did not have to pay for their university tuition.  Though they were graduated free of debt, many could not find the professional positions for which they had trained.  According to Sofia, they were reluctant to leave their homeland, but were lured away by the prospect of high incomes.  Many of Serbia's physicians had moved to Germany and The Netherlands.  This reduced the number of doctors providing state-guaranteed health care to critical levels.  And the country had lost its investment in many of its best students.  By comparison, the forty years of Tito's dictatorship actually were The Good Old Days. 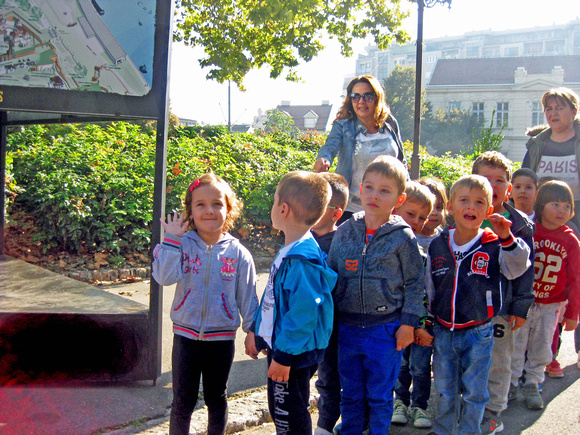 Belgrade Kindergarten students on their way to the park