Current Events 11: Cries from the Stones

The most unusual feature of the Dohany was not the pipe organ nor the cathedral-like construction, but its graveyard.  Synagogues, unlike churches, do not have cemeteries adjacent to them.  Nor are the illustrious dead buried under the floor, as in a cathedral.  The explanation for the Dohany's cemetery begins with a doleful roll of statistics.  The Nazis imprisoned over 70,000 Jews inside the Budapest ghetto, prior to deporting them to extermination camps.  Of those, 2,000 died in the ghetto, and had to be buried there.  Jews were not permitted to leave the ghetto in order to inter the deceased in one of the cemeteries on the outskirts of Budapest.  Some of the bodies have since been taken elsewhere, but the graveyard remains as a memorial.  That is in addition to the commemorative sculptures and plaques on the premises. 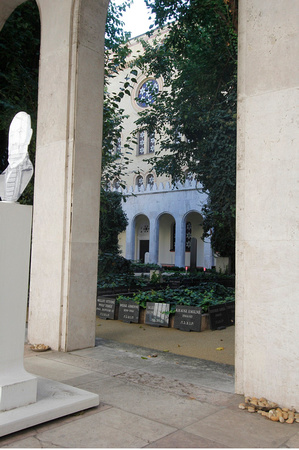 Much work, much later, was required to identify those buried at the Dohany.  Before the war was over, the Nazis had killed close to 500,000 Hungarian Jews.  Perhaps the Second World War seems as if it just concluded in Eastern Europe because the bulk of the post-war restorations, especially those of houses of worship, have been completed only since the Iron Curtain lifted.  Or it may be that the blood of my ancestors, like that of Abel slain by Cain, cries out to me from the earth.  That would not have sounded melodramatic when I was in Budapest. 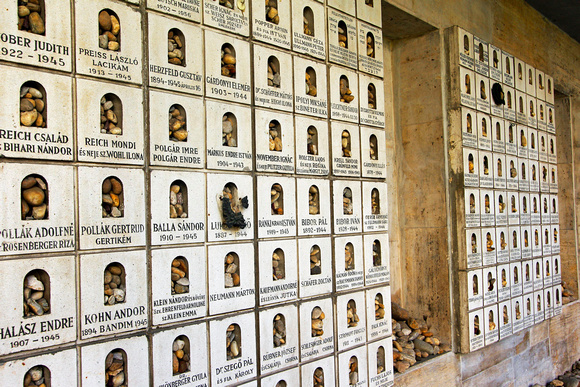 Boxes of pebbles represent those names are known, but whose remains have not been recovered.