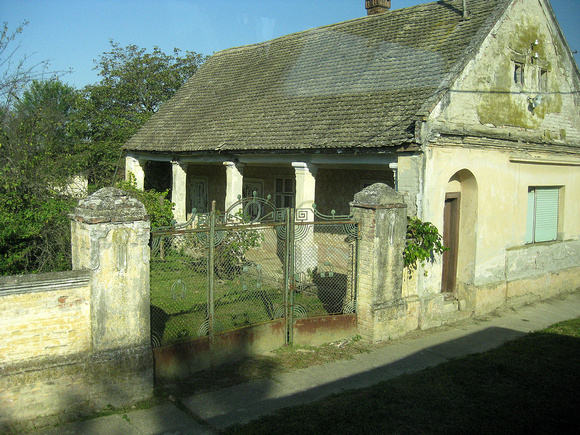 We docked in Batina, a tiny river port in eastern Croatia.  Eastern Croatia is the section that does not include the Dalmatian Coast on the Adriatic Sea.  We were far inland, in a flat, agricultural area.  After breakfast on the ship, we were taken by bus to Osijek (OH-see-yek), a city on the Drava River.  As The Drava was too small a river to accommodate the ship, we would take buses to meet our craft in Vukovar, a larger Danube port, later in the day.  First, we disembarked and rode through about twenty kilometers of fields and farmhouses that bore signs of neglect, as if the timelessly bucolic landscapes of children's story books had been deserted by most of their human and animal denizens.  The decrepitude predated the Croatian-Serbian wars in The Nineties.  Farmers and agricultural laborers had been assigned to work in factories subsidized by the Yugoslavian Communist regime.   After The Communism, some of the families that had been uprooted from the land were able to reclaim it and resume farming.  Others remained in the drab workers' housing blocks near the now-shuttered industrial installations, with little income and few prospects. 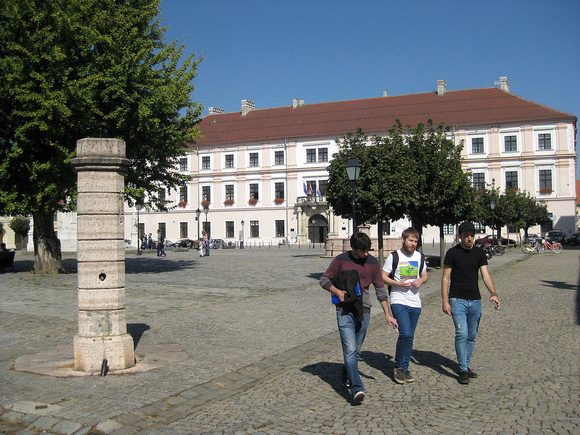 The University in Osijek

Osijek, with a population of more than 100,000, has a university, museums, concert halls, a cathedral and the usual cultural accoutrements of a European city.  Osijek had been shelled in the civil war.  There was evidence of the physical damage as we reached the outskirts of the town.  I shall not attempt here to unravel the tangled skein of grievances behind the ethnic conflicts in the former Yugoslavia.  I doubt that anyone could make sense of those sanguinary convulsions that beggared fledgling nations while depriving thehir citizenry of life and limb.  The Serbian minority in eastern Croatia fared so badly that some Croatian military commanders were tried as war criminals when the smoke, literally, had cleared.  The reverse happened in neighboring regions, where Serbian leaders were the ones eventually condemned for war crimes.  No one emerged unsullied from that fighting, as far as I could discern.  More than a thousand people were killed in Osijek alone.  Many more were wounded, and the uncleared minefields continue to claim an occasional victim.  There are roadside signs warning people away from fields where the lethal devices may be.  Though many undetonated mines have been removed, there are enough left to have rendered many hectares of arable land unfit for cultivation.