Current Events 21: No Lack of Monuments (After the Children's Concert in Osijek)

I was touched by the children's buoyant mood, though I should not have minded in the slightest if the stop at the school had been omitted.  The pupils and their teachers seemed happy to have had visitors from The States.  The adolescents in the upper forms maintained their sang-froid , but the younger students trailed us to the bus, waving and calling out their English phrases of farewell.  I thought it a pity that I could not tell them to look closely at me, so that they could relate to their grandchildren that they had seen a Jew.  The Nazis and the Ustase, their Croatian henchmen, had left few Jews alive in Croatia.  Almost all of the Jewish remnant and their descendants lived in distant Zagreb, the capital of Croatia. 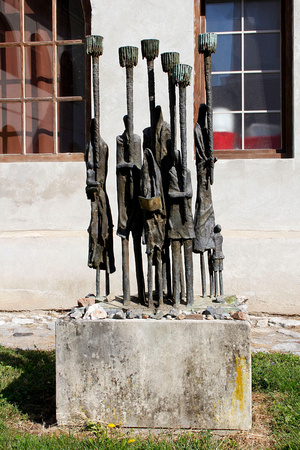 Memorial to Jews Murdered by the Nazis, in the Courtyard of the Franciscan Monastery outside Osijek 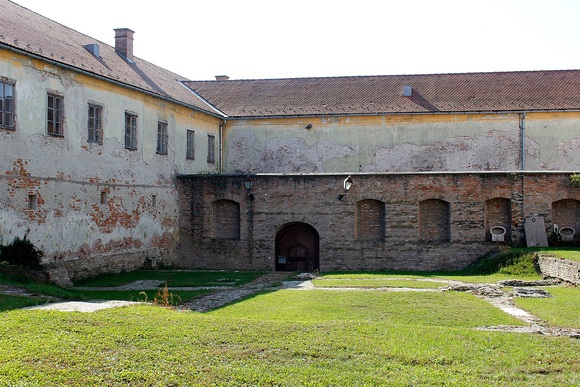 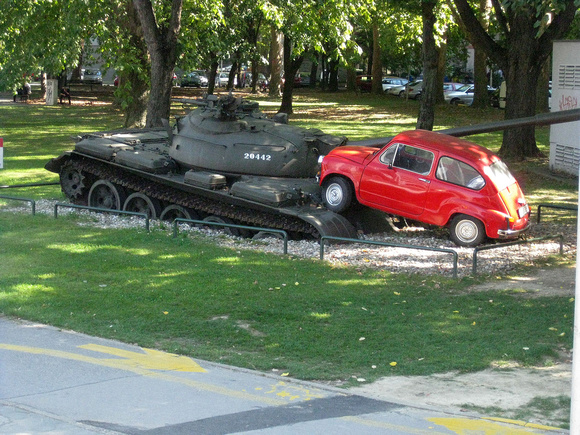