Current Events 26: A Rally in Vukovar

The liveliest area of Vukovar was a paved strip near the Vuka River channel.  There we encountered a gaggle of several dozen young people.  The paucity of facial hair on the boys inclined me to think that they were secondary school rather than university students.  Most sat in rows of folding chairs, facing a space serving as an impromptu stage.  A banner proclaimed that the gathering had been organized by the YPGD, or Youth Peace Group (of the) Danube.  Its Croatian name also was on the banner.  Tacked to sheets of plywood propped up on the sidewalk were squares of white paper covered with bright, cartoonish images.  They might have been set decorations for the skit that a few of the youths were performing.  The theme seemed to be apocalypse, graphic projections of the consequences of failing to promote peace. 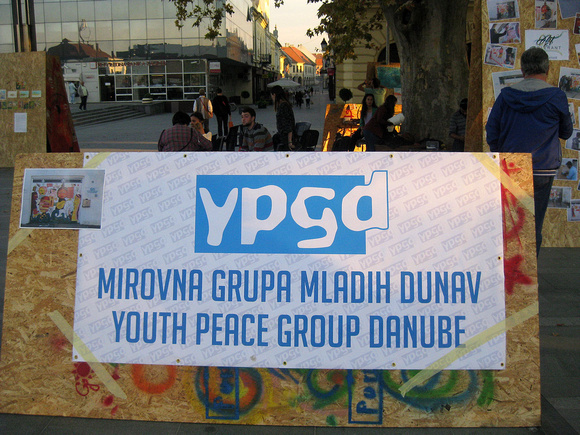 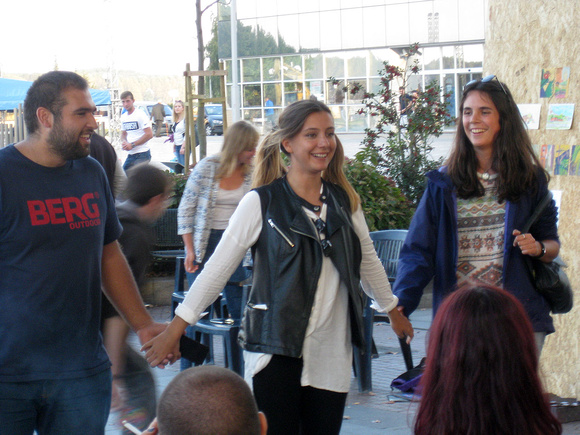 The language barrier rendered the proceedings somewhat obscure.  One of the actors held a printed sign bearing the word Police.  The word is similar, though not the same, in Croatian.  The young activists must have intended their presentation for an international audience, via social media.  More than one of their peers was holding a cell phone aloft in order to record the skit.  We guessed that it was a protest against police brutality or some official policy.  Though the local Establishment is Croatian, there is still a sizable Serbian minority, constituting approximately a third of the population.  And there is still, alas, ethnic friction.  The youth of the town were right to be apprehensive about a repetition of the Domestic War (sic).  They are the ones who will be in the new militias if the old, obdurate hatred flares into violence again.  And their homes will be back on the front lines in bullet-riddled Vukovar.