We docked at Belgrade after cruising overnight from Novi Sad.  We were in Serbia's capital for the hottest day of our journey until that point.  As it was the last day of September, we should have called it Indian Summer, before our vocabularies were purged of inaccurate terms for the Western Hemisphere's indigenes.  The crew and guides all were in buoyant moods, owing to the unusual warmth.  I asked a guide if there were a special name for the weather.  I was told that it is called Saint Michael's Summer.  As Winters in Eastern Europe are long and bitter, the brief reprise of Summer was cause for celebration. 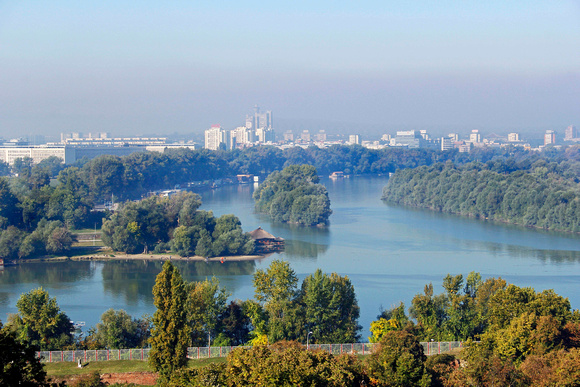 Belgrade began as a fortress on a cliff overlooking the confluence of the Danube and the Sava Rivers.  The rivers were broader and the ridges higher than the corresponding features in other sites on The Lower Danube that we had seen.  In order that we might appreciate Belgrade's felicitous geography, we were taken to Kalemegdan.  Kalemegdan is the Turkish fortress on the coveted hill, over a hundred meters above the water. 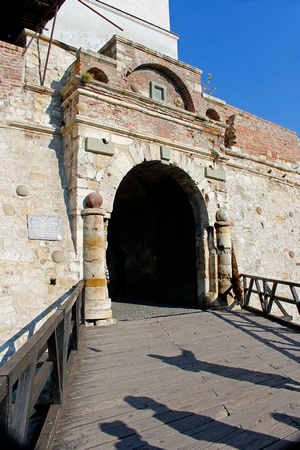 The entrance to Kalemegdan

The Celts had been forced to cede the hill fort to the Romans.  The Huns and the Avars fought for it.  It had passed through Byzantine and Hungarian hands until it was conquered by the Ottomans.  The Turks kept it for over two centuries, despite periodic Slavic insurrections. 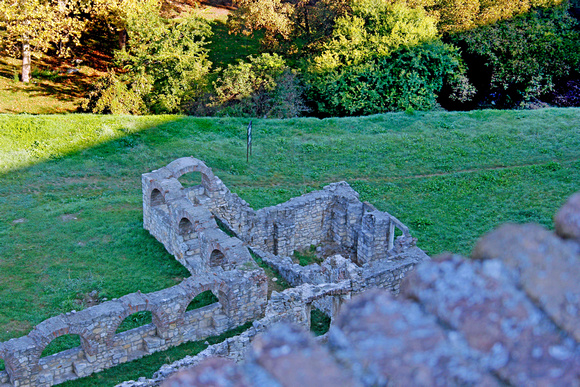 The citadel is in extensive, terraced Kalemegdan Park, Belgrade's premier monument and recreation area.  We had a superb view of the city from the wide stone ramparts.  Its spires, office towers and riparian beaches shone in the morning light, meriting the Serbian name of Beograd, or White City.  Where the rivers met was a verdant island, named Great War Island.  As Belgrade has been the site of more than a hundred battles, one would be hard pressed to identify the island's eponymous conflict from the historical record.  Now Great War Island is a Nature preserve.  Draw hope for the future from that if you can.