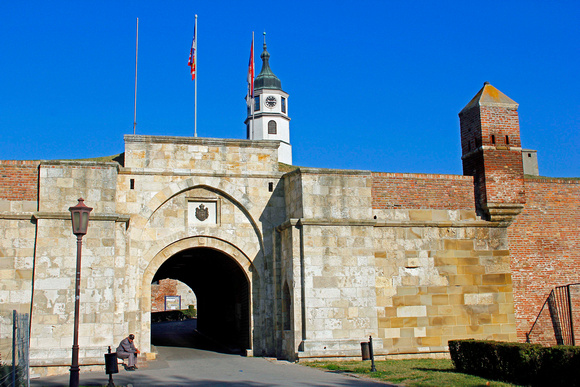 No one is certain how much of the Kalemegdan fortress is below ground, as the network of tunnels has not been mapped completely.  The walls and towers that do show are most impressive.  The bulwarks and cannons seemed even more massive than those at Petrovaradin.  The doors were clad in iron, affixed with symmetrical rows of crude bolts.  They added to the citadel's forbidding aspect.  Part of the fortress had been turned into a military museum.  Outside it stood a double row of tanks and howitzers from World War II.  The Serbs had resisted the Axis powers, and the Nazis had vented their spleen by having the Luftwaffe bomb Belgrade. 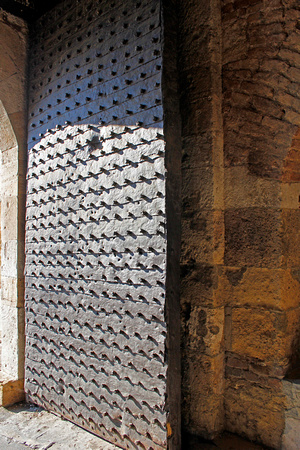 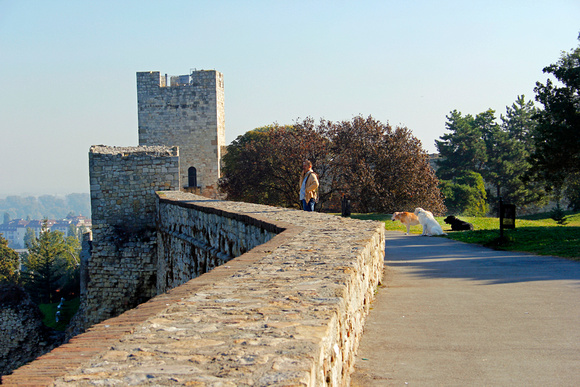 Kalemegdan is a place for play as well as remembrance.  Near the tanks were several life-sized plastic models of dinosaurs to divert children taken on outings to the fortress.  There were a Triceratops and a Brontosaurus-like herbivore, as well as the Tyrannosaurus Rex that is de rigueur in any Jurassic grouping.  The models were predominantly green, not unlike the olive drab paint on the tanks and ordnance. 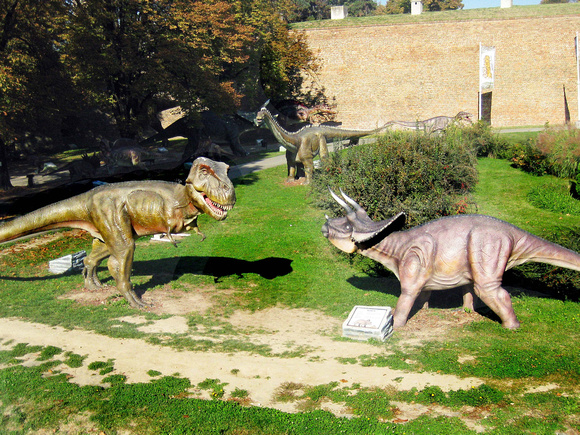