The Cheap Sunglasses Tour, 7: Deeper into the Woods

Enhancing the loveliness of our evening at Crystal Bridges were two familiar artists' works.  Yayoi Kusama's Narcissus Garden, a flotilla of identical chromium spheres, covered the surface of a pond.  Kusama has been using reflecting balls to symbolize self-absorption for decades, but I had not seen them massed on water.  They glimmered in the dusk, as did Louise Bourgeois' massive metal spider, Maman.  Last Spring, HL and I had encountered another casting of Maman, that one outside the Guggenheim Museum in Bilbao, in Spain's Basque Country.  I believe that there are five copies of the imposing sculpture, distributed throughout the world. 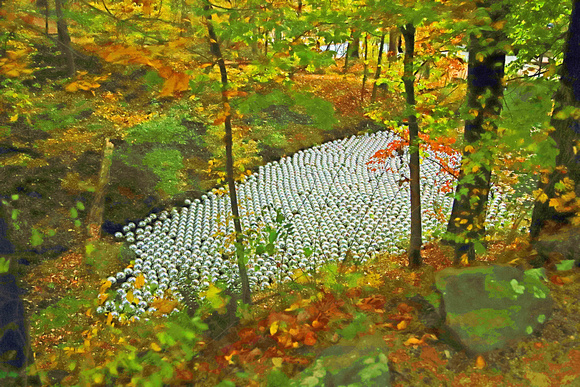 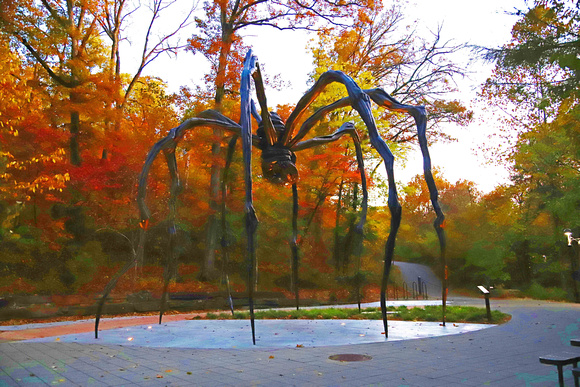 There were very few people left on the museum's grounds as we turned back towards the entrance.  It was quiet, so we could hear a rustling on the path that led to the shuttered Frank Lloyd Wright house.  The slight sound was the dry leaves crunching beneath the hooves of a young doe.   She was standing a few yards from us.  With her grey coat, she was almost invisible in the twilight.  We stood very still, hoping that the deer would not perceive us as a threat.  Apparently she judged us harmless, as she did not bolt.  Instead, she looked at us calmly, permitting us to take her picture.  She walked a few paces and stopped to chew on one of her slender hind legs, then looked back as if to ascertain that we were still admiring her.  We remained, her rapt audience, until the night enfolded us and the deer was erased by the trees. 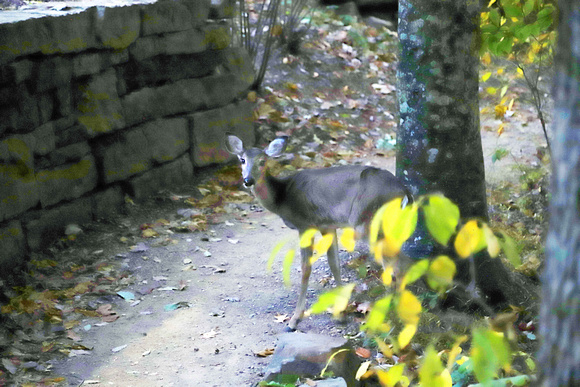